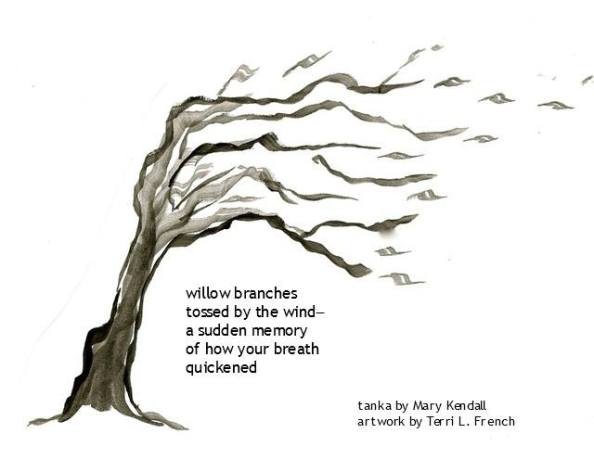 This piece of tankart appeared in Frameless Sky 6 as part of an ongoing competitive challenge. In the last issue, a photograph I submitted was selected by a poet to go with her poem. Since my photo was selected, I was then asked, in turn, to contribute a tanka or haiku for the next issue. I wrote this tanka as a prompt. There were some wonderful pictures submitted, and it was very hard to select just one. In the end, I kept returning to this lovely ink drawing of a willow.. Terri Hale French, a distinguished and accomplished haiku poet was the artist. Our combined effort appeared in the latest issue of Frameless Sky. It’s a real honor to have this collaborative piece of tanka art published. Many thanks to Christine L. Villa, poet and editor of Frameless Sky.

This site uses Akismet to reduce spam. Learn how your comment data is processed.